A Guide to Visiting Monaco Monte-Carlo

The principality of Monaco is one of the most exclusive destinations in Europe, a popular haunt for celebrities and other wealthy figures, who flock to play in the casinos of Monte Carlo, lounge on superyachts in the harbour or enjoy the Monaco Grand Prix, the most exclusive event on the Formula One calendar. In this article, we’ll introduce you to the principality and tell you everything you need to know about your next visit in Monaco Monte-Carlo . Discover where the country is located, how you can spend your time in Monaco, and what you can expect from the annual Grand Prix, the most iconic event on the Formula One calendar. 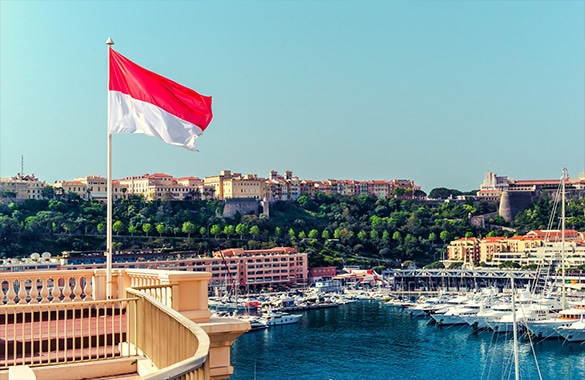 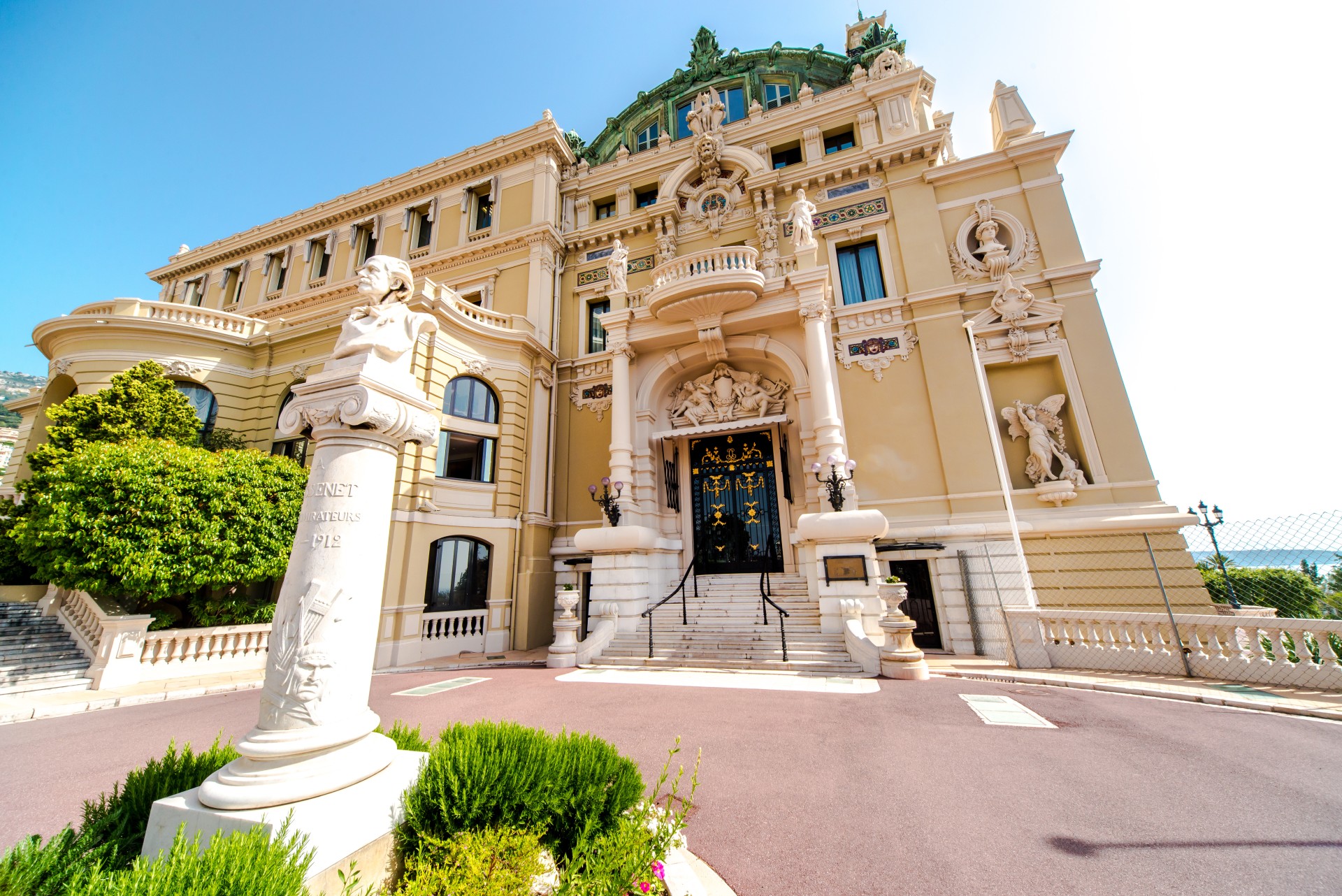 Monaco is located on the French Riviera, taking up a slice of coastline to the south of the country. It is located around 30 minutes by road from the popular city of Nice and is also close to the Italian border, being just a 30 minute drive from the border settlement of Latte. To get to Monaco from Paris would involve a 9 hour drive, or you could take the train, or travel by aeroplane to Nice, which would make for a much quicker journey!

Is Monaco part of France?

No. Monaco is its own independent country. In fact, it is the second smallest country in the world, after the Vatican. It is a constitutional monarchy, currently ruled by Prince Albert II and his wife, Princess Charlene. It has its own laws and tax regime, which is what attracts so many high earners to the city-state. In fact, there is no such thing as income tax in Monaco. Monaco is surrounded by France on three sides, with the ocean providing a natural barrier on the fourth.

How Big is Monaco?

As mentioned, Monaco is tiny. The entire country measures just 0.75 square miles and you can literally walk from border to border in less than an hour. This only adds to the exclusivity of the country, there is limited room to build new houses and apartments, or business properties leading to the extremely high cost of living in the country.

Monaco’s total population is estimated at around 37,000, but not everyone who lives in Monaco is Monegasque. To be Monegasque you have to have been born and raised in the country by parents of Monegasque citizenship. Many other nationalities call the country home, including the British Formula One champion Lewis Hamilton, for example.

There is no Monegasque language and French is therefore the most widely used language in Monaco, spoken by around 60% of residents. English and Italian are also both commonly used in the country.

What is “The Rock” in Monaco?

The Rock is one of Monaco’s four quarters, located on a towering monolith overlooking the sea. It is one of the most popular parts of the country with tourists, who climb up to The Rock to enjoy great views over the city – this is especially true during the grand prix weekend, when those who can’t afford expensive grandstand tickets can get a great aerial view of the race from The Rock.

The Prince’s Palace is also located on The Rock. This is where Prince Albert II and his family live, and another popular attraction for visitors to Monaco is to head to the palace to watch the daily changing of the guard ceremony.

What can I do in Monaco?

There are loads of different activities you can enjoy in Monaco. Here are just a few of them.

Monaco is renowned for its casinos, and the Casino de Monte Carlo is probably the most famous in the world, especially since the release of the hugely successful James Bond film, Casino Royale, which featured the casino extensively. As long as you don’t risk more than you can afford to lose, the Casino de Monte Carlo can offer a great glimpse into how the other half live, and you never know, you might win big!

The exclusive nature of Monaco means that, unfortunately, much of its short coastline is taken up by private beaches and beach clubs, which cost a pretty penny to gain access to. Luckily, there is one public beach in the country – Larvotto. Located next to the Avenue Princess Grace, the beach is great for swimming and sunbathing, whilst you can also hire jet skis and kayaks to explore more of the coastline. An assembled net protects swimmers from the jellyfish which can occasionally plague the French Riviera. 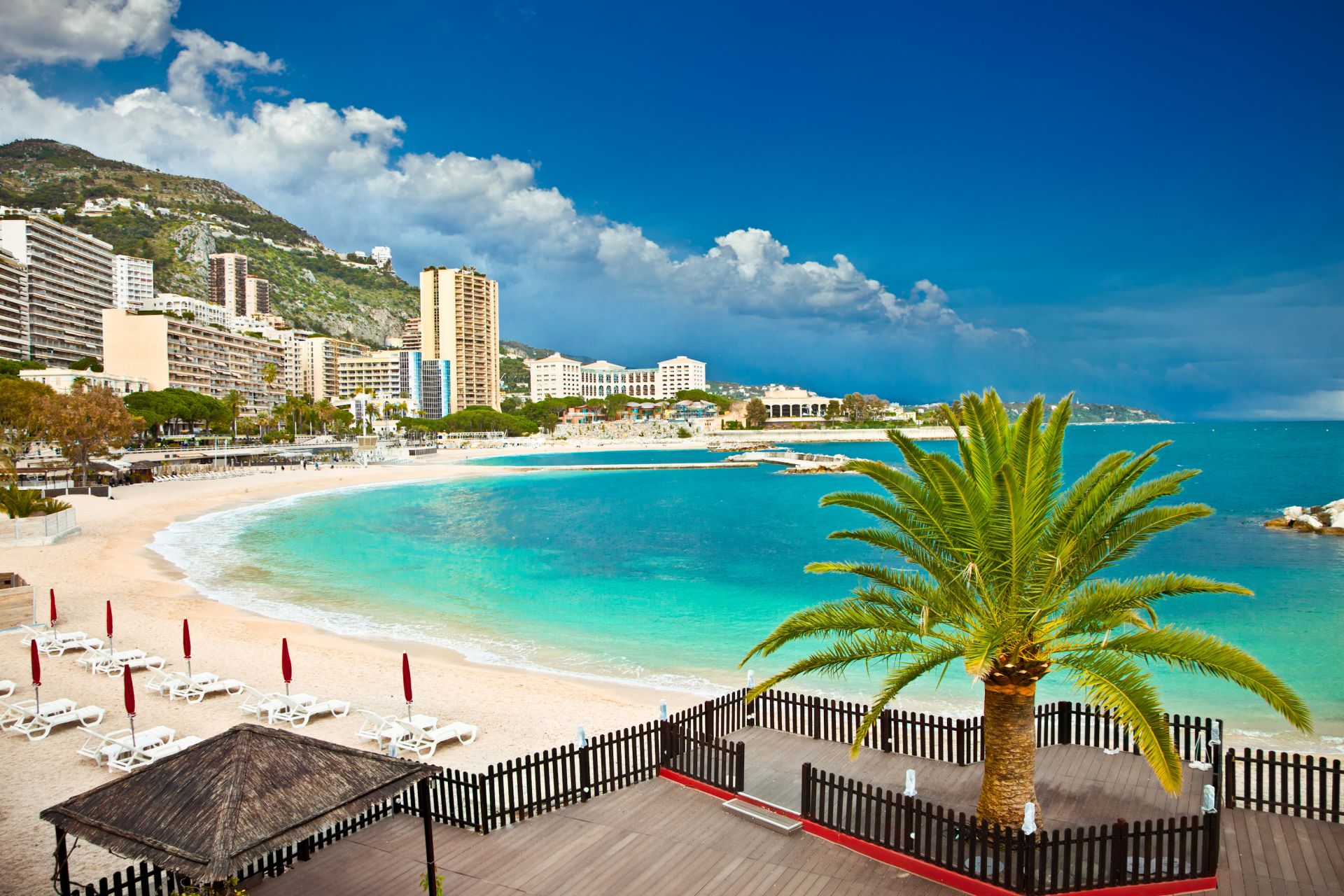 See a show at the Opera de Monte Carlo

If you’re a fan of the arts then it doesn’t get much more spectacular than Monaco for seeing a show. The country’s opera house is located on the iconic Place de Casino, the most famous spot in all of Monaco. Opera, ballet and more is on show throughout the year, just make sure you pre-book your tickets because nights can sell out rapidly.

Probably the most iconic part of Monaco is its harbour, which is always full of multi-million dollar yachts and other envy-inducing vessels. This is especially true during the Grand Prix weekend, when wealthy businesspeople and other celebrities descend on the principality. Strolling around the harbour allows you to get a good look at some of these beautiful boats, and there are plenty of bars and restaurants to enjoy a quick lunch at before you continue your stroll.

If you’d like to get a full glimpse of what Monaco has to offer then why not join a private walking tour, run by Riviera Bar Crawls? Hosted by friendly, knowledgeable bi-lingual guides, you’ll get to see all the highlights of the country on this 2.5 hour tour. Highlights of the tour include the F1 circuit, the Casino de Monte Carlo and the Prince’s Palace, with much more besides.

If you’re on a tighter budget then the company also offers a shared walking tour of the country, for just €35 per person. This trip operates from Nice and includes the train fares needed to shuttle you back and forth from Nice to Monaco. You can find out more information about this tour by going to the company’s website.

Tell me more about the Monaco Grand Prix

The most important date in Monaco’s calendar is the grand prix weekend, when the world’s best racing drivers and a host of TV crews, celebrities and race fans descend on the country. Hotels and restaurants are fully booked, colossal super yachts fill the harbour and people travel from all over the world, paying thousands of dollars to enjoy the jewel in the crown of the F1 calendar.

The exact date of the Grand Prix changes every year, but the Monaco Grand Prix is always in May and the race weekend runs from Thursday to Sunday. The roads around Monte Carlo are shut and transformed into the racetrack, complete with pit lane, grand stands and more. The race itself begins at around 2pm local time on the Sunday afternoon.

Formula one in Monaco

If you are a Formula One fan then it doesn’t get any better than visiting Monaco for the grand prix. The glitzy location, proximity to the cars and the famous parties that take over the whole country are renowned throughout the world. But it is important to note that spending a week or so in Monaco around the grand prix weekend is going to be extremely expensive. Demand goes through the roof for everything from hotel bookings to car rentals, and you can expect to pay over the odds – grandstands can cost thousands of dollars per ticket, with many race fans preferring to watch from The Rock and hope that it doesn’t rain (it doesn’t rain in May very often in Monaco!).

Monaco is an unusual destination to visit. One of the smallest countries in the world, it is packed with iconic buildings and other places to visit. It’s also a great place to spot celebrities and you can walk the F1 circuit at any time of the year (apart from race weekend). The F1 weekend itself is the most chaotic but also the most incredible time to visit the country if you can afford the sky-high prices. Though the city can also be visited easily from nearby Nice or Cannes on a day trip, if you’d just like to have a stroll about and see some of the country’s famous sites. If this is the kind of trip that you’re after, then why not check out the walking tour of Monaco from Nice and plan your Amazing Trip to visit Monaco Monte-Carlo.

We use cookies on our website to give you the most relevant experience by remembering your preferences and repeat visits. By clicking “Accept”, you consent to the use of ALL the cookies.
Cookie settingsACCEPT
Manage consent

This website uses cookies to improve your experience while you navigate through the website. Out of these, the cookies that are categorized as necessary are stored on your browser as they are essential for the working of basic functionalities of the website. We also use third-party cookies that help us analyze and understand how you use this website. These cookies will be stored in your browser only with your consent. You also have the option to opt-out of these cookies. But opting out of some of these cookies may affect your browsing experience.
Necessary Always Enabled

Performance cookies are used to understand and analyze the key performance indexes of the website which helps in delivering a better user experience for the visitors.

Analytical cookies are used to understand how visitors interact with the website. These cookies help provide information on metrics the number of visitors, bounce rate, traffic source, etc.

Advertisement cookies are used to provide visitors with relevant ads and marketing campaigns. These cookies track visitors across websites and collect information to provide customized ads.

Other uncategorized cookies are those that are being analyzed and have not been classified into a category as yet.

SAVE & ACCEPT
Go to Top